Been a while since the last photo I posted. The good news is it isn’t because I’ve run out but because I’ve just spent 2 days in North Cornwall snapping away.

I decided to post this shot, partly because I’m going through the photos in order and this is how far I got, and partly because this is my favourite shooting style at the moment. Beaches and a 15mm fisheye lens. It seems to work here where as it wouldn’t in many places, for example cities, woodlands or anything with well defined shapes to the peripheries – they would just come out distorted. Obviously there are exceptions and it can work as a great effect.

Anyway, back to the beach photos. Yes, its another beach photo. I’m afraid living somewhere surrounded by beaches I end up taking more than my fair share! This is Trebarwith Strand in North Cornwall. It’s a very popular spot, particularly with dog walkers and surfers. I had just taken a shot without the surfers in when they marched past in single file, couldn’t believe my luck. Another of those photos that would have been just another photo without a random subject appearing.

As a footnote, these are stand up paddle boarders (SUPs), not strictly speaking surfers. It seems to be a bit of a trend sweeping the surfing world at the moment. Sort of a cross between canoeing and surfing. Not quite sure what the point is but each to his / her own!

A picture postcard from Cornwall

A picture tells a thousand words so I thought I'd use some of my favourite photos of Cornwall to take you on a journey around this beautiful place. From coast to coast, village to town and a few places in between. 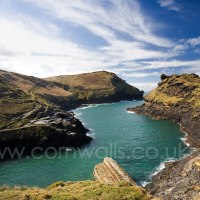 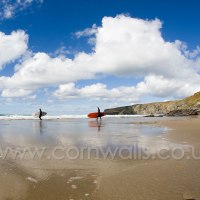 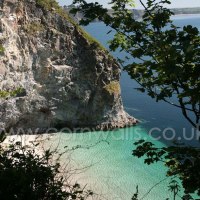 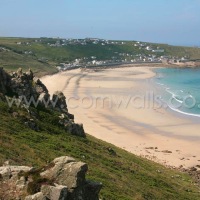 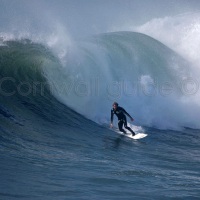 Flollowing a Postcard from Cornwall